No doubt you've already heard about Pokemon Go and you've likely seen people of all ages walking around stairing into their phones playing it. Not only is Pokemon Go a huge gaming fad right now but it's also a great opportunity to bring in business. Businesses' all across the states are reporting huge boosts in their walk-in sales using some fairly inexpensive tactics.

Please note that these tips are particularly for businesses who want to increase walk-in traffic and that most of the largest success stories involve the food and clothing industries… and reports have ranged from 75% sales increases to even nearing 400% increases.

In Pokemon Go there are locations spread around your city that are generally chosen as they are or resemble pieces of art. These can be murals statues plaques artsy bike locking areas and more. These locations are called Pokestops and players can go to them to get items that help them as they play the game. 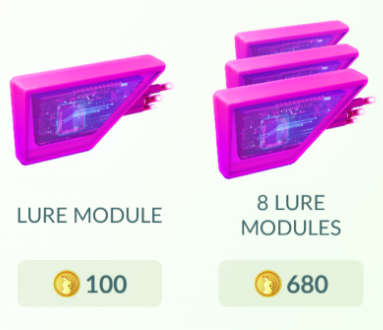 One item which is a bit rarer to find that others is called a Lure Modules. Lure modules last for 30 minutes and attract rare Pokemon to any Pokestop for all players in the area. Businesses are taking this and turning it as a way to bring in customers by using signs to let people know that they are both a Pokestop and that they will be activating Lures. Lures can also be seen as active when in the game.

Some companies are also stating in their signs that the Pokestop is for paying customers only. There's actually no way to enforce this but it does communicate to the players that you'd like them to pay.

So how much does it cost?

As of now it is extremely affordable though I'm going to guess this could change in the future.

You can only buy the lures with you guessed it Pokecoins. Buying in bulk is the cheapest option but you can buy whatever you feel is best for your business.

For this post I'll calculate the cost on the most expensive option as it's still very affordable and gives you the most for your money.

If it boosts your business even 50% percent it's likely going to make up for the small cost. Whether Pokemon Go is fad or here to stay I'd highly recommend trying it out to see if it's a fit for your business.

What if your business isn't next to a Pokestop

In some ways the Pokestops have created an unfair advantage for some unexpecting companies but this is going to change according to Forbes. The company who makes Pokemon Go Niantic is a bit overwhelmed with feature requests right now and is working hard to improve it's servers to support the massive surge of players but they have confirmed the ability to request to be a Pokestop (and to be removed as some businesses do not like the increased traffic).

In the meantime you can contact Niantic here though I wouldn't expect quick turnaround time at this point.

Looking for a marketing partner to help your non-profit succeed? Our team has years of experiencing helping nonprofits reach a larger audience and increase their funding.

END_OF_DOCUMENT_TOKEN_TO_BE_REPLACED

Every year, the Sacramento Business Journal publishes their annual “Book of Lists,” naming top local companies in a variety of individual business...

END_OF_DOCUMENT_TOKEN_TO_BE_REPLACED

4 Essential Tips for Managing Projects Amidst the COVID-19 Pandemic

Organizations unfamiliar with working remotely might find themselves anxious or unsure of the...

Subscribe to our newsletter to receive email updates for all the latest news happening with Capitol Tech Solutions and our industry.